Meanwhile, Voisin is worried about the seemingly lack of interest shown in cross country running by junior athletes and their coaches in light of non-selection of a junior team to the NACAC champs. "It is a concern for the association (NAAA) and for all interested persons where middle and long distance is concern as cross-country is a developmental  process for the middle and long distance events. For some reasons the athletes and coaches are not seeing it that way." Voisin further added "We are not seeing (our) junior athletes making that transition in the 800m, 1500m and 3000m events." 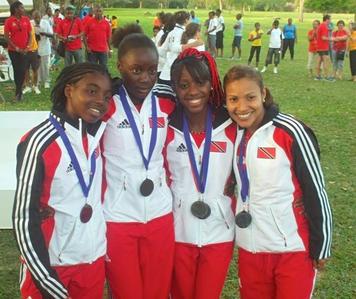 PORT OF SPAIN, Trinidad: (Fri, 3, March) Dexter, Voisin, coach of the T&T contingent to the 13th edition of the North American Central and Caribbean Cross Country Championships is upbeat at Tonya Nero's chances of excelling at meet set for the South County Regional Park, Boca Raton, Florida on Saturday, 4, March. Speaking ahead of the team's departure to Florida on Friday morning Voisin said given Nero's performances over the last three months he is expecting her to improve in 2017. "If we look at Tony's performances from December, 2016 when she won the Barbados 10km, pipping two Canadians at the finish line. Then she came back at the Trinidad and Tobago marathon (in January) and posted a respectable time, sub 3 hours. If you look at those performances, she is definitely in shape." The NAAA Secretary also added that Nero fine-tuned her preparation in the US ahead of the regional meet. "She left T&T after the marathon to continue her preparation (in Kansas). She is definitely in a better position than she was in last year and year before. " Nero is T&T's most successful participant at the Championships after she won silver in the 2012, delighting the home fans at the Queen's Park Savannah to win this country's first ever and only medal to date in the event. The NACAC Cross-Country Championships bring together the best runners on grass from Canada, USA in North America to Colombia and Venezuela in Central America and Jamaica, Puerto Rico in the Caribbean. Nero, a past student of ASJA Girls College in Tunapuna was 13th 2015 and 11th in 2014, 2013. She made her debut at the championships ten years ago in Orlando, Florida, crossing the line in 17th place in the Junior women's 4km.