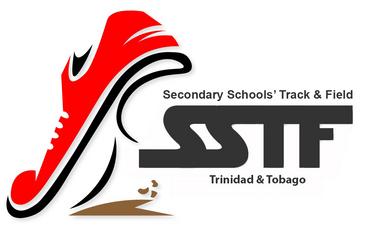 The TTSSTFA has partnered with nine past student athletes who have gone on to represent Trinidad and Tobago with distinction to brand our newly aligned regional championships. They were all contacted and their permission secured to use their names in the venture. All or in one case his family expressed honour to be asked. This branding seeks to inspire our student athletes to emulate these national heroes. They are as follow:

​​HISTORY OF THE CHAMPIONSHIPS/ATHLETIC FESTIVAL​​

The Championships officially began in the 1970's as a successor to the National College Athletics involving mainly government assisted public schools. This annual event conducted under the aegis of the Ministry of Education during the January to April term, marked the culmination of its Track and Field programme of competition. The Championships were held at different venues over the years - viz the Queen's Park Oval, Port of Spain; Skinner's Park, San Fernando, the Arima Velodrome, Palo Seco Velodrome. However, since the opening of the Hasely Crawford Stadium, the games have been held annually at this venue. On January 28, 1998 a committee representing the Ministry of Education, Ministry of Sport, National Amateur Athletic Association, Trinidad and Tobago Olympic Committee and the main sponsor NEMWIL, launched the NEMWIL Schools Athletic Festival. The Festival comprised four events, namely: a 5k Road Race, Juvenile Super Athlete Games, the Schools Relays and a Track and Field Competition. The activities were held in June of that year following the Secondary Schools National Track and Field Championships. In 2004 the Athletic Festival was reviewed and restructured to cater only for secondary school students. It became the Secondary Schools National Athletic Festival.​​

SSTF provides opportunities for track and field development of secondary schools students so that they will achieve their full potential.” This is achieved through:

Rebranding: “Stepping Into a Golden Future”

View photos from the event here

A logo design competition was held in June 2022 and the winner was revealed at our rebranding event. Anderson Burris, of Mason Hall Secondary, Tobago was the winner, and here is our new design:

​The TTSSTFA was conceived in 2004 as a body to run the Secondary Schools National Track and Field Championships. The body began its existence with the first President, Mrs. Jenny Lynne Cyrille, who was elected in 2004. The Constitution was also adopted in that year. The TTSSTFA is guided by two (2) major instruments:

The TTSSTFA operates under the aegis of the Ministry of Education, Curriculum Division​​​​