Recently re-elected NAAA (National Association of Athletic Administration) president Ephraim Serrette left for Monaco on Wednesday (November 30) for the Special IAAF Congress set for Saturday (December 3).  Serrette got the nod to lead the local track and field body at the NAAA's Annual General Meeting at the Radisson Hotel in Port of Spain on Saturday, November 26. He won by 65-32 over his challenger Paul Voisin.  Since his re-election Serrette was scheduled to meet with his new executive on Tuesday before his departure to Monaco. He is set to return home on Tuesday.

The Special IAAF Congress will focus on governance structure and reform proposals.

While in Monaco Serrette is expected to attend the IAAF Athletes Awards set for Friday where the Male and Female Athletes of the Year will be announced. Six-time Olympic champion Usain Bolt of Jamaica heads a trio of men vying for the Male Athlete of the Year honours.  Quadruple Olympic men's 5000/10000m gold  medallist Mo Farah of Great Britain and  Wayde Van Niekerk,who won the men's 400m title in Rio in a world record, are the other finalists.  Another Jamaican, Olympic  women's 100m and 200m winner, Elaine Thompson is in contention for the Female Athlete of the year.  Thompson is up against fellow Olympic champs Almaz Ayana of Ethopia and Anita Wlodarczyk of Poland.  Ayana captured the women's 10,000m crown in world record while Wlodarczyk took the women hammer gold in a world record which she improved later in the season. 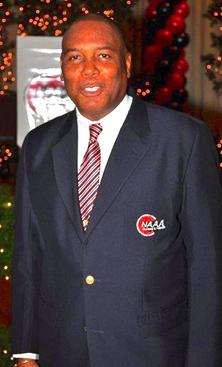 Serrette off to IAAF meeting in Monaco