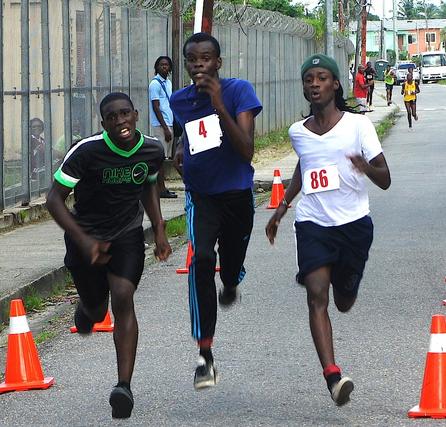 The 2016 annual Ministry of Education/SportsMax Secondary Schools 5K run will be held at the Marabella South Secondary School on Sunday, November 20 from 2:00pm. Just under 200 students from public and private secondary schools across the country are expected to participate. The runners will vie for prizes and trophies in under 14, 16, 18 and over 18 age divisions as well as the top Boy and Girls schools. The winners are scheduled to receive their prizes after the completion of the race. In addition to categories for secondary schools students the organisers introduced another division for tertiary students, teachers and members of the public. A Fun Aerobics and Zumba session is planned for after the race to aid the competitors in cooling down.

In addition to categories for secondary schools students, the organisers have added two more divisions: Education (for tertiary education students and teachers) and Open (members of the public).  A Fun Aerobics and Zumba session is planned for after the race to aid the competitors in cooling down.

The cost of registration is $20 per student and $100 per school. Members of the public are invited to run at a cost of $40 per individual. Registration forms can be downloaded from the website of the Trinidad and Tobago Secondary Schools' Track and Field Association (TTSTFA) www.ttsstfa.com. The deadline for registration is Thursday, November, 17. No registration will be done on the day of the race.

The 5K run is the second event on the 2016/2017 calendar of activities for the National Secondary Schools Track and Field Association (TTSSTFA).  The first event was the Cross-Country run held at the Queen's Park Savannah on Sunday, October 16. The TTSSFA will like to thanks all the competitors, staff, sponsors, parents and spectators, officials and members who participated in the cross-country and look forward to continued support in the 5k run. Special mention must be made of John Thatcher, Physical Education Curriculum officer from the main sponsor and supporter, Ministry of Education who was present at the Cross-Country run.

The vision of the TTSSTFA is to be the leader of track and field development in Trinidad and Tobago through: (a) the formulation of strategic relationships globally and in Trinidad and Tobago; (b) effective promotion of track and field initiatives; (c) professionally executed track and field events. Among the achievements of the TTSSTFA during the 2014-2016 term are (a) the signing of coverage contract for the 2017 National Track and Field Championships with regional Sports network SportMax; (b) the introduction of the Health fair and Aerobics-Cool down to the annual Cross-Country Championships; (c) the introduction of a press conference ahead of the annual Track and Field Championships; and (d) an updated and informative website.