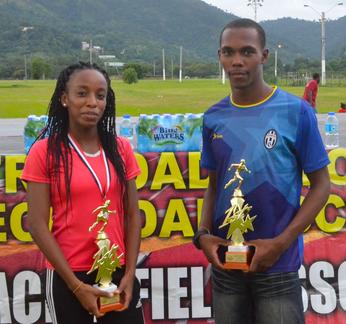 PORT OF SPAIN, Trinidad (Fri, Oct, 20): Otis Barker (Toco Secondary) secured the boys 17 & over 6K title at the 2017 TTSSTFA Secondary Schools Cross-Country Run and Health Fair at the Queen's Park Savannah, Port of Spain on Sunday, October 15. Barker crossed the line in 22 minutes 12 seconds (22:12), narrowly ahead of Jaden St. Louis (Downers), 22:13. The two battled each other for the lead down the final stretch of the race. Barker was second in 2015 and 2016 and looked destined for another runner-up finish as he trailed St. Louis before the final turn. However,  Barker out-sprinted his rival to take the top spot for the first time in three years. The 19 year old added the cross country title to the Secondary Schools 5K prize he copped in 2016. Justin Parks (Sangre Grande) took third place (22:47).

Barker was elated with his triumph and credited his improved training for his success. "I am happy I made steady progress and that I won the race.  It just helped my mental (strength) to increase and showed me that despite the challenges you can overcome. (Preparing for) this year I increased my mileage. I tried to cover 70 miles per week which helped me seriously. " He added that his victory came during a difficult year for him. "I just had to hold and display the training that I did. This year has been a tough one on the track but I overcame. Next year I moving on to Seniors (over 20). I want to make some senior teams.

Le Maitre said her win was for her father who supported her. "I want to dedicate this victory to my dad who has always been there for me, taking me to training and every where." The second year Sixth Former added that her victory is a reflection of her preparation for the race. "I feel good about the victory because I worked hard towards this. Every day I train and did my best. This is my first time competing (in this event). I didn't know the course so I wanted to get a comfortable pace and sprint home in the finish." She said her effort in her win indicated that she has to train more for the athletic season ahead. "It (the performance) tells me where I am at and I have plenty more work to do."

The 2017 edition of the Secondary's Schools Cross Country Run and Health Fair race started and ended between Victoria and Stanmore Avenues in overcast but dry conditions. The start time delayed to  3:30pm from the scheduled 2:00pm start as the organisers awaited the arrival of several race officials and athletes. Thirty-four (34) athletes (9 girls and 25 boys) representing 15 schools competed in the 6K edition. The competitors and spectators participated in warm up and cool down aerobics before and after the race. Blue Waters was the sponsor of this year's race . Several organisations: Blue Waters, VEMCO-Gatorade, Bermudez, Institute of Health and Fitness, Herbalife and Kiss Baking set up display booths and provided free samples of their products and services.

The Cross-Country Run & Health Fair was the first of four major events on the TTSSTFA calendar. The next event is the 5K Classic at Shiva Boys College, Penal on November 5. The Relay Festival is listed for the Larry Gomes Stadium, Malabar on February 1, 2018 with the Track and Field Championships slated for the Hasely Crawford Stadium, Mucurapo on February 22 & 23, 2018. 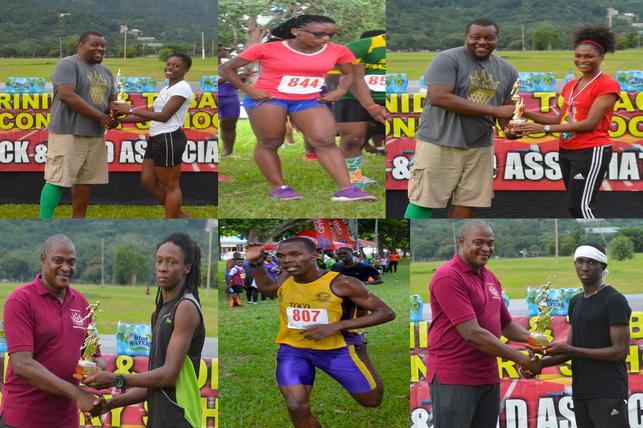