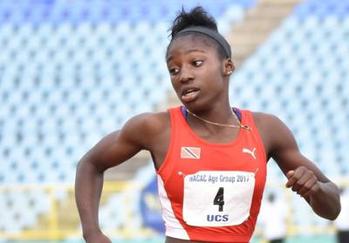 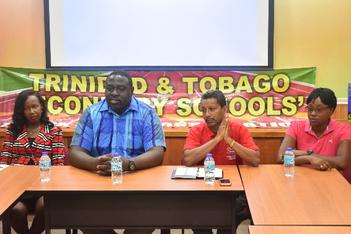 ​The Secondary Schools’ Track and Field Championship 2019 was launched today at Olympic House in Port of Spain. This event takes place on 14th and 15th March at the Hasely Crawford Stadium and starts at 10am and ends at 5pm on both days. Mr Joseph Brewster, President of the Secondary Schools’ Track and Field Association spoke about a move to increase the depth of student talent by increasing the number of participants in the marquee events like the 100m, 200m, the long jump and javelin. This he says, would serve to unearth more talent and give students the opportunity to compete with the best in the field. This championship also serves as a qualifying event for the Carifta Games that will be held in the Cayman Islands in April and a number of athletes are looking forward to showing their best efforts to make the qualifying standards.

On show will be the likes of Shaniqua Bascombe of St James Secondary School, Natasha Fox of Point Fortin West Secondary and Malika Coutain of Vessigny Secondary. All three were joint Victrix Ludorum in the Championships last year.

The event will be professionally managed with support from the NAAA and The Trinidad and Tobago Officials Association. Mr. Brewster also thanked perennial sponsors Blue Waters, SM Jaleel and Sunshine Snacks and also praised new sponsor Guardian Life of the Caribbean for their support this year. Curriculum Officer of the Ministry of Education, Shelly Slater endorsed the event and emphasized the Ministry’s interest and continued investment in the holistic development of the nation’s youth.

Entry is free to students in uniform and for the public the entry fee is $20.00.

There will be delayed broadcast of the Championships on Flow Sports.