Gibbs & Mc Intyre
Daniel Gibbs (left) and Kershell Mc Intyre (right) won the boys and girls 16 and over 6km run at the 2016 edition of the Secondary Schools Cross-Country Run & Health Fair at the Queen's Park Savannah, Port of Spain. 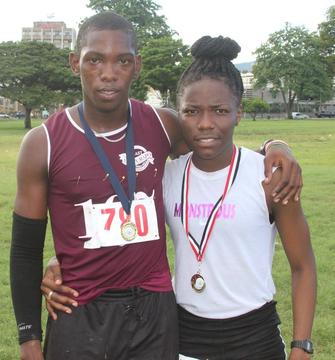 Pulchan and Rogers
Winners of Under 16 4Km run Matthew Pulcan (left) and Joanna Rogers (right) at the 2016 edition of the Secondary Schools Cross-Country Run & Health Fair at the Queen's Park Savannah, Port of Spain.

PORT OF SPAIN, Trinidad (Fri Oct 13): The 2017/2018 Secondary Schools Track and Field season gets underway with the annual Cross Country run and Health Fair on Sunday 15th, October at the Queen's Park Savannah, Port of Spain from 2:00pm. The Cross-Country Run and Health Fair is the first event on the calendar of the Trinidad and Tobago Secondary Schools Track and Field Association (TTSSTFA). Students from public and private secondary schools across the country will match strides in the two age divisions (Under 16 and 16 & Over). The Under 16 competitors will do battle over 4m while the the 16 & over runners will vie for honours in a 6km. Matthew Pulcan (Pt. Fortin West Secondary) captured the boys 4km crown ahead of Jamal Goita (Toco Secondary) and Ethan Forde (Fatima) while Joanna Rogers (St. Francois Girls) claimed the girls honours defeating Melissa Boxhill (Bishops Centenary) and Cailyah Wallace (St. Francois Girls). Daniel Gibbs (East Mucurapo Secondary)  and Kershell Mc Intyre (St. James Secondary  the boys and girls 16 & over 6km titles. Gibbs edged out Otis Barker (Toco Secondary) and Akeem Marine (Pleasantville Secondary) in the boys' race with Mc Intyre crossing the line ahead of Donicia Antoine (Toco Secondary) and Okielea Williams (Toco Secondary) in the girls' run. . Toco Secondary will be seeking to win the overall school crown for yet another year.

Fun Aerobics
Students participate in Fun Aerobics at the 2016 edition of the Secondary Schools Cross-Country Run & Health Fair at the Queen's Park Savannah, Port of Spain. 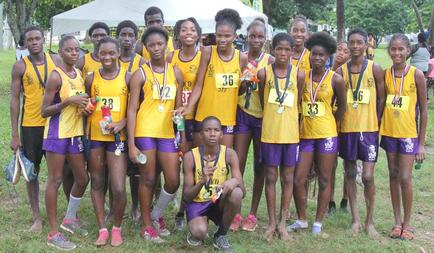 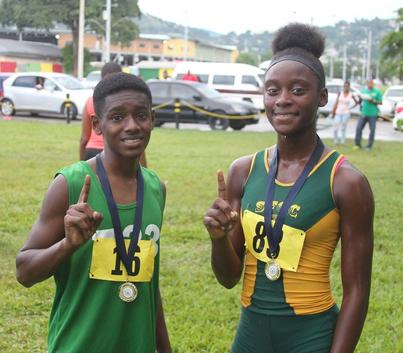 Pulchan and Rogers are expected to step up into in the 16 & Over race this year.  Rogers and Wallace were members of T&T's girls under 18 4x400m team which captured bronze at the 2017 Carifta Games in Curacao.

After the run, students and supports can participate in Fun Aerobics and get free check-ups and health products from the various display booths.  The Cross-Country Run & Health Fair is the first of four major events on the TTSSTFA calendar. The next event is the 5K Classic at Shiva Boys College, Penal on November 5. The Relay Festival is listed for the Larry Gomes Stadium, Malabar on February 1, 2018 with the Track and Field Championships slated for the Hasely Crawford Stadium, Mucurapo on February 22 & 23, 2018.

For more information on the Cross-Country run and Health fair check out the TTSSTFA's website (www.ttsstfa.com) and Facebook page.