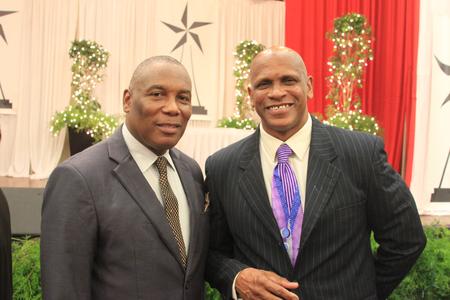 TTSSTFA and NAAA meet ahead of 2017 Athletic season 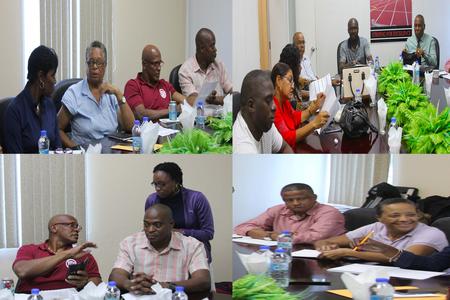 PORT OF SPAIN, T rinidad (Fri, Jan 13): Officials of the Trinidad and Tobago Secondary Schools Track and Field Association (TTSSTFA) and the National Association of Athletic Administrations (NAAA) met at the offices of the NAAA at the Ato Boldon Stadium, Couva on Friday, January, 6. The meeting of the two organisations was the first in recent years and was held during the sitting of a NAAA Technical Development Committee. The TTSSFA delegation was led by President Phillip Allard and included Second Vice-President Janelle Edwards, Secretary Andy Joseph and Public Relations officer Indra Ramsingh-Geoffrey. The NAAA team was headed by its president Ephraim Serrette, Second Vice President Allan Baboolal, Secretary Dexter Voisin, Board members Durly Lucas and Dawn Washington. Also present were several technical officials. Among the issues discussed were: officiating, timing, photo finish and results, scheduling and sanctioning. Both parties agreed that the officials to operate at secondary schools track and field meets will be trained through seminars and workshops. Some of the workshops will be held on the days of Development meets, two hours before the starts of the meets and the participants will use the meets to do the practical aspects. The first workshop is set to take place at the first Development Meet in January set for January 14. Also agreed upon is the setting up a database of officials from the NAAA, Primary and Secondary Schools and volunteers. In addition, students of secondary schools will also be trained to assist in the event of shortage of officials at a meet.​​

One of main outcomes of the meeting is the decision of the NAAA to sanction all the TTSSTFA meets. Sanctioning is to be done the NAAA's Technical Development Committee headed by Durly Lucas who indicated the Committee's availability to work with the TTSSTFA in the formation of its programmes.

The TTSSFA and NAAA also plan to meet with the Ministries of Education and Sports and Youth Affairs to discuss the following:

TTSSTFA & NAAA
Photos of officials of TTSSTFA and the NAAA at meeting at the NAAA Office at the Ato Boldon Stadium, Couva.

Serrette and Allard
President of the Trinidad and Tobago Track and Field Association (TTSSTFA) Phillip Allard (right) and president of the National Association of Athletic Administrations (NAAA) Ephraim Serrette at the NAAA's annual awards at the Radisson Hotel, Wrightson Road, Port of Spain on Saturday, January 7.